What freelancers need to know about inflation 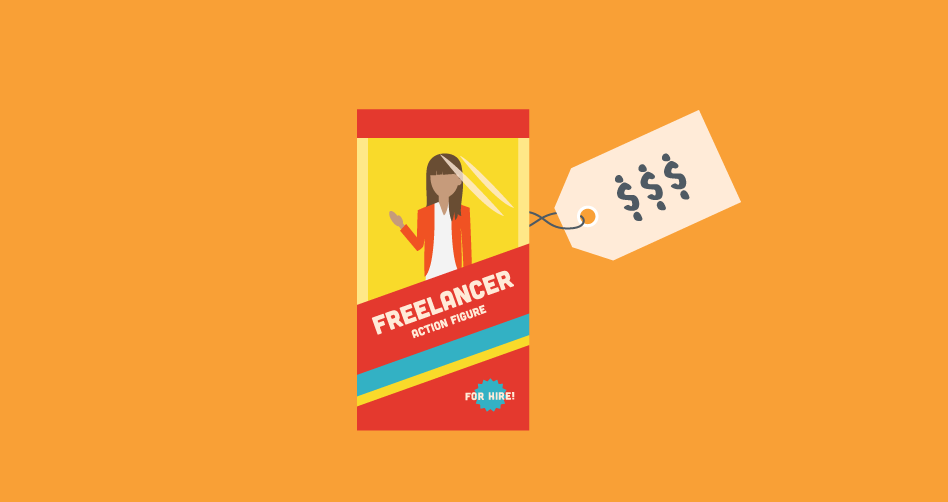 This article is posted with permission from our partner Lili. Get the digital bank account designed for freelancers with Lili and manage your business expenses, estimate your taxes, and save for a rainy day all with zero account fees. Start a Lili account today.

As inflation rises in the United States, a financial blind spot known as the money illusion is becoming increasingly important. Put simply, people tend to think in nominal dollars — the actual amount of money spent or earned — and not real dollars, which is the purchasing power of your money after taking inflation into account. For freelancers and gig workers, the money illusion can flip profits into losses.

A simple rule of thumb makes it easy to understand the powerful effects of inflation over time. Take 72 and divide it by the annual inflation rate, which is currently 4%. The resulting number tells you how many years it takes to cut your purchasing power in half. For instance, given the current inflation rate, in 18 years (72/4) your current revenues will only be worth half as much.

To see if you’re at risk from the money illusion, try to answer the following question developed by Eldar Shafir, Peter Diamond, and Amos Tversky. The question goes like this:

Adam, Ben and Carl each received an inheritance of $200,000 and bought a house. Each of them sold the house a year after buying it. Economic conditions were different in each case.

According to the research, the most popular answer is that Carl got the best deal and Adam did the worst. Carl, after all, got highest sales price in nominal dollars. However, in real dollars, these answers are backwards. Carl did the worst — he lost 2% of his money to inflation — and Adam did the best. In fact, Adam was the only one who made a profit in real dollars. If, like most people, you thought Carl got the best deal, you should be especially careful when making long-term financial decisions right now.

Given rising inflation, it’s important for freelancers to think about how to increase their revenues to keep pace. Consider a therapist with many long-term clients. Therapists are often hesitant to raise prices on these clients due to status quo bias, which is our preference to keep things as they are. Unfortunately, in a period of rising inflation, that can create a growing disconnect between what they charge clients and the revenue they need to maintain their lifestyle. If the therapist is feeling the pinch of rising prices, they should raise their own prices to keep pace, even on their long-term clients. This will help them avoid a much larger price increase in the future, which could feel unfair to clients.

Of course, inflation is not the only factor determining price increases for freelancers. A designer who just won a major award for a campaign she designed for Apple shouldn’t limit her price increases to the inflation rate. Rather, she should consider supply and demand more generally.

Consider a roofer working on a new roof: If they’d made a bid on a project in March 2020, the cost of lumber was around $785 for 1000 board feet. However, if the project took a few months to get started, those same 1000 feet would cost nearly $1700, or more than twice as much! If the roofer failed to insert a clause for material price increases in his bid, he might end up losing money on the job. In periods of high price uncertainty, it’s important to protect yourself from rising prices in case of project delays.

Imagine an entrepreneur running a pop-up restaurant or cloud kitchen. The owner was responsible enough to get insurance, but failed to increase her coverage to keep pace with inflation. As a result, when a pick-up worker slipped on a wet floor and broke his leg, the medical coverage was no longer sufficient. It was only able to cover half of the hospital bills, forcing the entrepreneur to take out expensive loans to cover the rest. Given rising prices, business owners should review their insurance coverage on an annual basis.

Different freelancers are impacted differently by inflation. The roofer experienced surging lumber prices in the summer — prices for wood have since come down — but drivers are dealing with much higher gas prices in the fall and winter. Given these disparities, it’s important for freelancers to consider their own inflation risk. They should look at pricing trends for their largest expenses, whether it’s lumber, gas, or cleaning supplies. Based on this personalized approach to inflation, they should then develop a strategy for dealing with these increased costs.

In the U.S., we don’t see inflation, at least in our daily lives, which makes it easy to ignore. But if you fail to account for inflation in your business, you’re much more likely to feel its impact. Given their limited safety net, freelancers are especially vulnerable to the money illusion, which is why you should take steps to deal with inflation before it’s too late.